Turn out you shouldn’t wing a marathon. From July haven’t put much training in only made a few sessions with harriers and one long run with the wife.

It was a strange race. Driving there in the rain hoping it would stop before the start it got warm fast. Me Kyle and Jonathan drove together managed to bump in to Paul before the start. 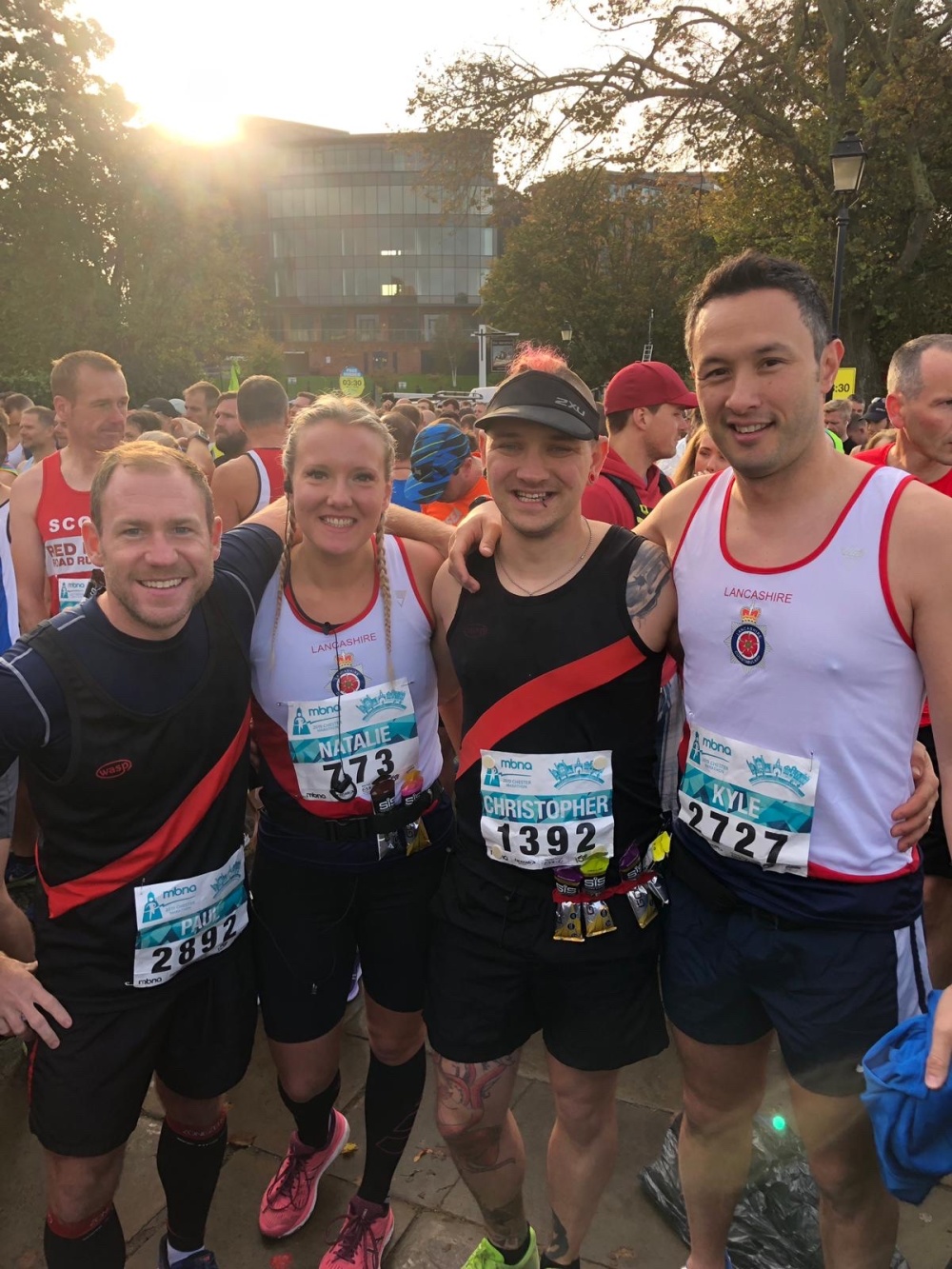 Small warm up then up to 3:15 pacers knee would struggle but may as well start fast and die than start slow and still die. First 4 miles all running together. Kyle slightly ahead though it doesn’t count as he wasn’t in his harriers vest. Platty started pulling ahead of me slightly at first. Got to water station and he went a bit further infront. 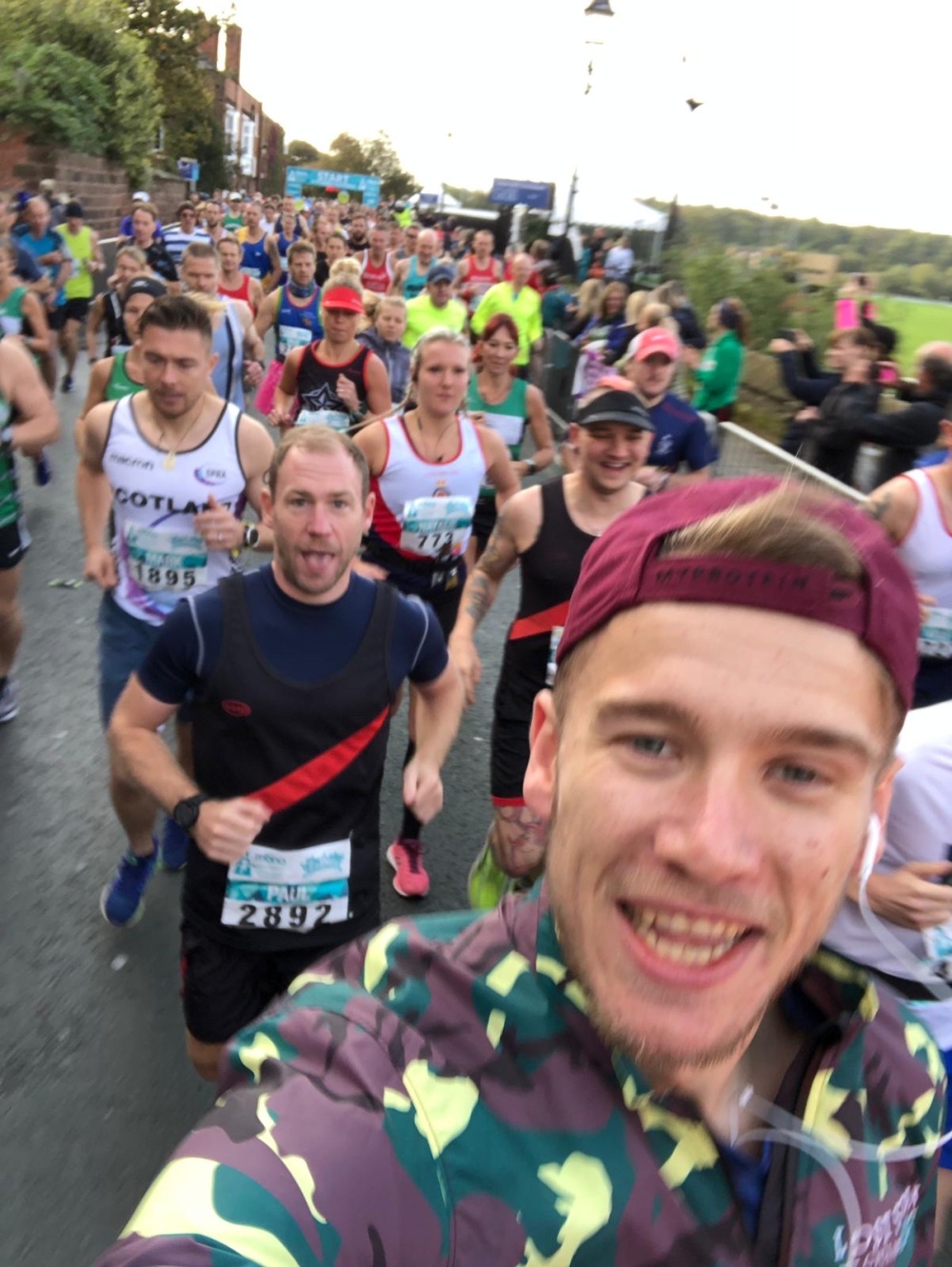 We were in the middle of nowhere it’s a pretty dull race lots of back roads and farm lanes saw platty coming back the other way and that was last I saw of him. Something happened in my knee just kinda popped. I stopped and tried to stretch it out tried to carry on regardless but it was really hurting. Just before 15 miles I phoned katie and told her I was hurting not the usual marathon pains. If I could of pulled out there I would but in the middle of nowhere surrounded by fields. So had to keep going it wasn’t was just plodding along till got to where the metric marathon joined the full still miles from the finish. No where to pull out. Got to 20 miles was just a case of finishing anyway possible. Crossed the line in lots of pain got my race bag and found a golden ticket for free half marathon next year. Gave it Kyle as same day as half Ironman I want to do plus not a fan of the course round Chester its just dull