The last time I updated this blog I had just done my last long run and everything was right with the world. How things can change in just a few hours. Heading to work I was involved in a car accident. Nothing serious but my new car I had for 5 weeks has now been written off I didn’t end up making it into work Saturday night. Sunday was spent mainly dealing with people on the phone.

My wife took me to work with running stuff so I could run home. I wanted to settle my nerves make sure whip lash hadn’t affected me that much. I did some stretches and that eased neck and shoulders. I finished work and set off home it’s only a short run about 4.4 miles.

I really went for it and managed a 5k pb. Then the last mile took it out of me  the hill killed me off and took my pace over 7 min mile. 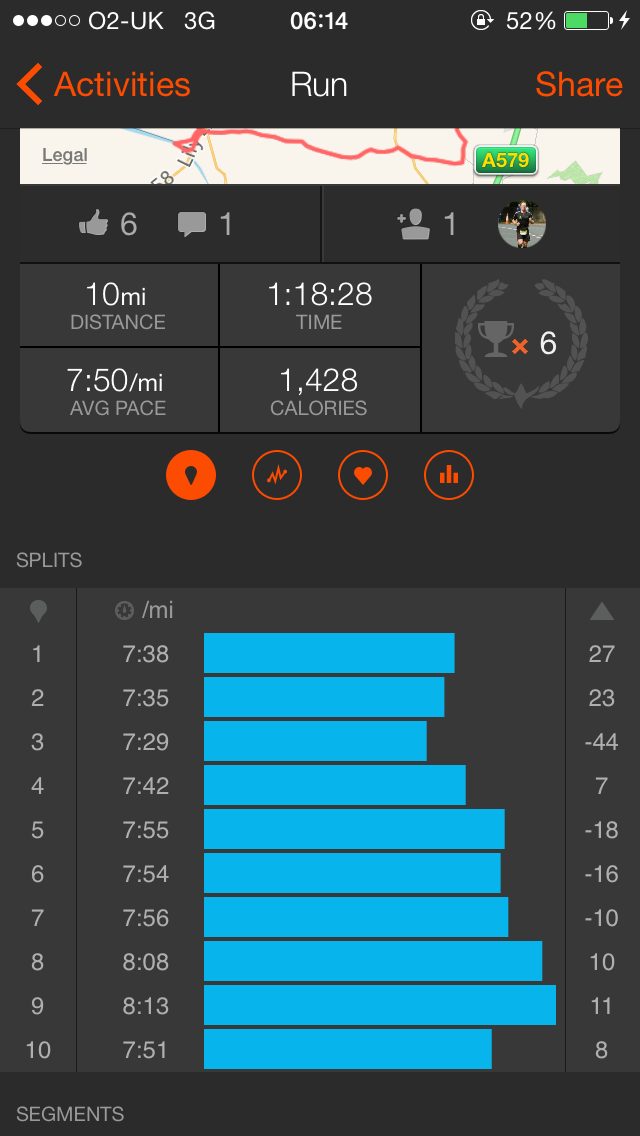 7:50 min pace felt good just easily into Rhythm nice solid steady run. Then that was it. I didn’t run again till the following Wednesday. It was a shocker. We set off a little fast and I wasn’t feeling it at all just couldn’t get into routine we had to back off even thou was a 9 mike run and still ended being average under 8 min miles it just felt Aweful.

I waited to run after calfs feeling a bit tight. I had a sports massage on the friday. Then it was time for the road relays in liverpool. There was a massive turn out for our club. 3 full teams of men and women. I was on the c team leg 7 of 12 the last of the long legs. It was great to get there and see so many fellow harriers. It’s been a while since I have been to training so didn’t recognize some of them. The worst bit is waiting around. The nerves build. I kept going to the start pen then back to the tents. Listening to people who had just ran. Some real effort by every member of the club. I finally got into the pen and was at the back as stu came across the line. I went straight through the line and set off too fast at the first mile my split watch told me I was doing 6:15 a mile I was aiming for 7 min miles. So I told myself off and backed off the pace mile 2 was 7:11 at this point your go and do a Sedona lap. I was glad to see others warming up or cooling down. Shouting support. Mile 3 was the slowest had to dig in was struggling but knew I had to pick up the pace. Mile 4 was steady I had managed to pick up the pace. Was just .7 miles to the finish there were people cheering on the person behind me telling him to pick people off one by one. I wasn’t going to be one off them I saw him in the corner of my eye and I went for it a massive sprint finish. A long run for the line.  It was probably my best finish to a race. As soon I crossed the line. I needed to lie down I felt sick. It was grim. The team congratulated me especially in my finish giving me stick saying with a finish like that must of been plodding all the way round. But my average was 6:59 that’s really good for me. Leason learned about going off too fast. Need to remember to stay calm at the start. 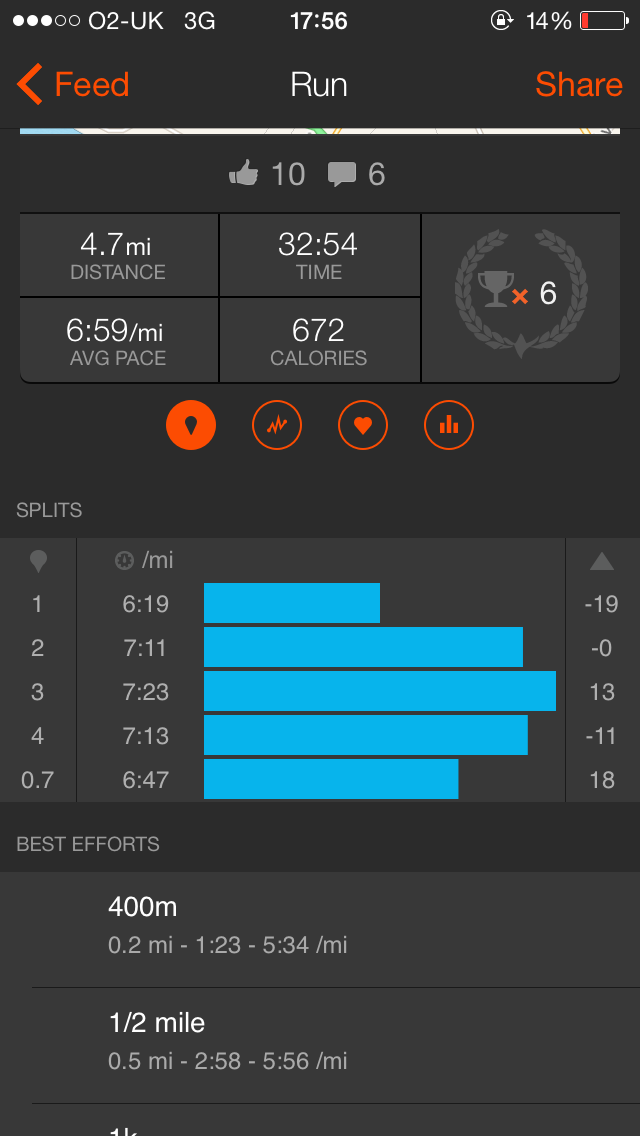 The worst part was leaving and having to go for work